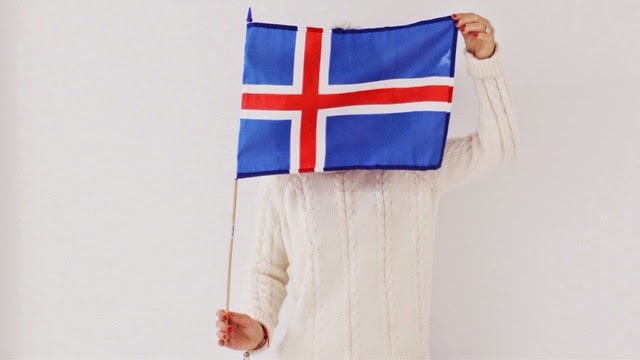 on 17th of Juin I wake up early to spent all day in Rekjavik and see how Icelandic people feel this day!
It was raining a lot so I decided to go to drink a coffee in TeogKaffi and buy a little flag and feel the colours of this country that is giving me a lot of good things since I arrived . 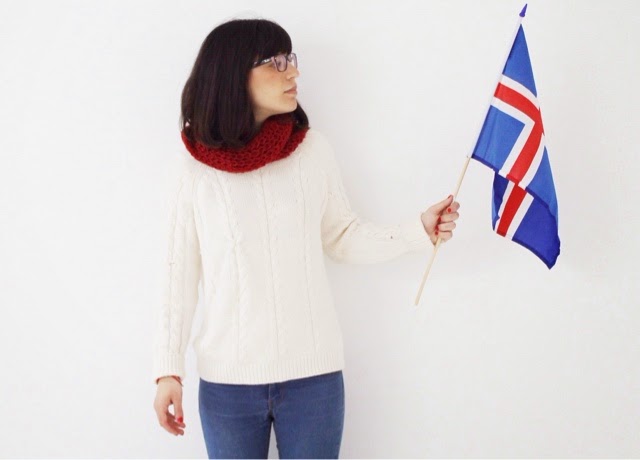 The main streets as Laugavegur and Austræti were full of people selling candies and sweets for childrens and flags . 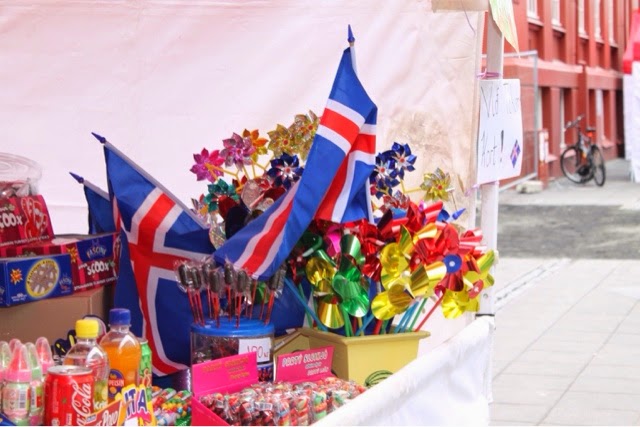 For the first time I saw this yellow bike in Laugavegur, so that means that this street is gonna be pedestrian all summer! 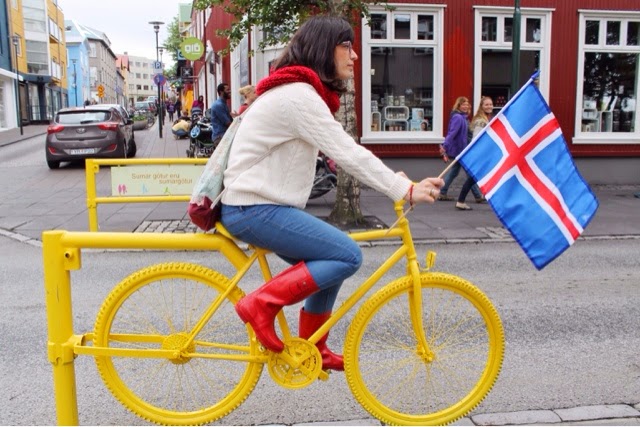 At 12 o'clock started the parade flags up the rhyhtm of the anthem of Iceland from Austurvöllur square until the cementery of Reykjavik.
In front of the Parliament I saw some children singing typical Icelandic songs and a families wearing the typical dresses  as some yeas ago. 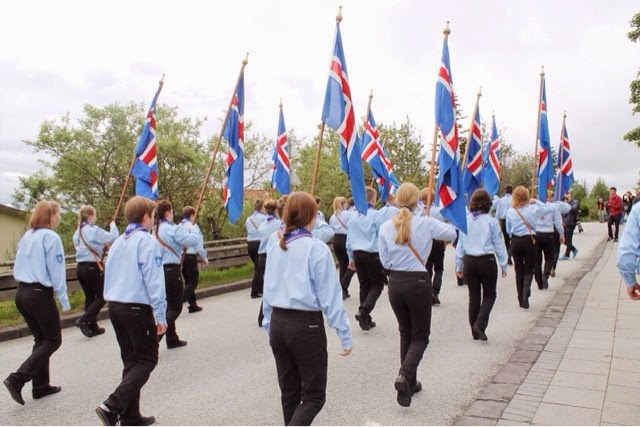 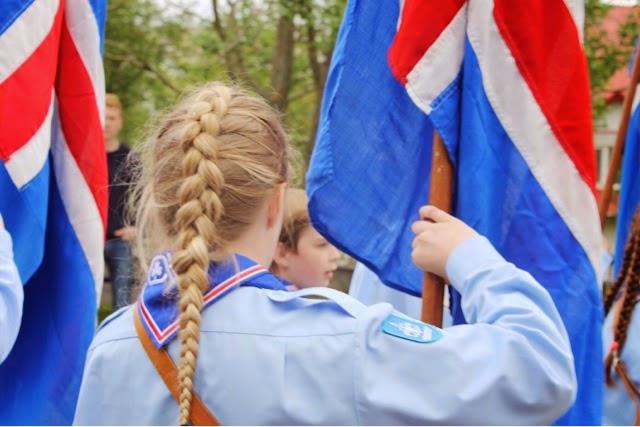 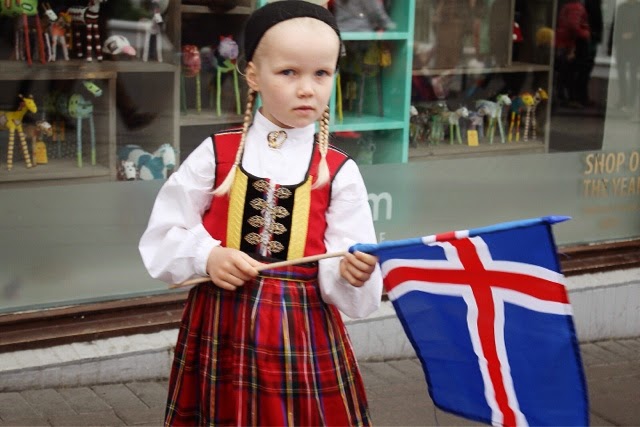 Later I saw the parade of classic cars in Laugavegur. 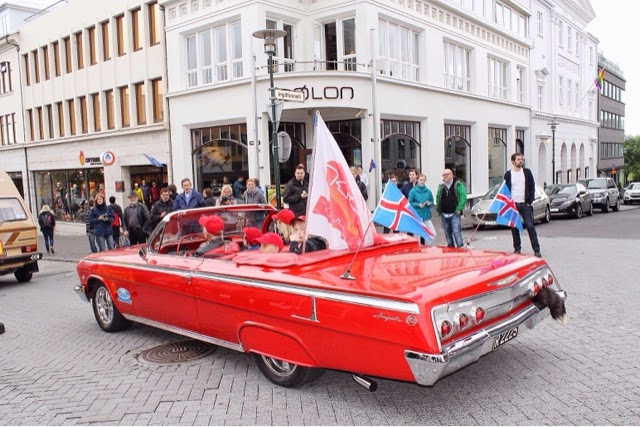 And some children activites ! 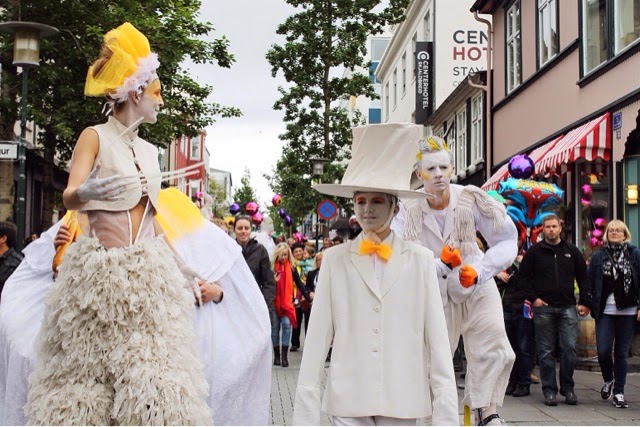 Finally in front of Harpa there was a little concert of Pollapönk, the funny guys who representing Iceland in Eurovision contest. 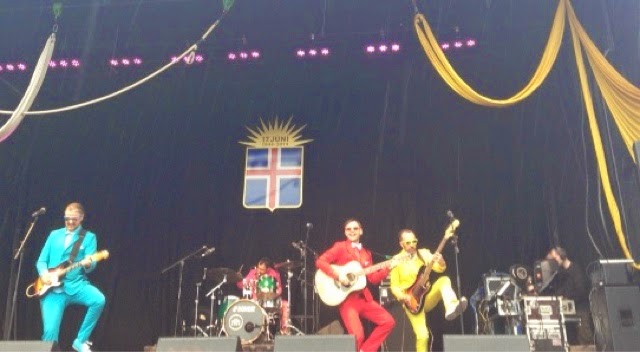 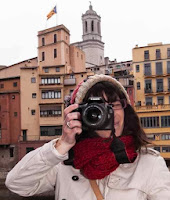 Thank to visit my blog